E3 marks gaming as one of the industry’s most cherished and heavily watched conventions; promising gamers a glimpse into the future of what’s in store for the upcoming months and even years ahead. Among the announcements was a highly awaited and secretive title by developer From Software dubbed Bloodborne. The game’s working title, Project Beast, leaked a few months ago and the speculation began to mount in the Dark/Demon’s Souls community. This left many pondering if Project Beast was a new Demon’s Souls, Dark Souls or perhaps a completely new intellectual property all together. Well, here it is: the first look at From Software’s PS4 exclusive Bloodborne.

Bloodborne is the cover story of this week’s Famitsu. The magazine also includes an interview with game director Miyazaki. Here are some details reported by a Japanese blog who got the magazine early.

- Spring 2015 release window
- They started work on this right after finishing Artorias of the Abyss, targeting Sony’s new hardware
- The world and story is completely new, and the setting takes full advantage of the PS4′s capabilities
- They’re targeting 30fps at 1080p
- The keywords for the game is “blood” and “beast”
- There will be melee and long range weapons (guns) this time
- Character customization is confirmed
- There will be no map display in the game
- He wants combat to not just focus on action but also the strategic element
- The combat in the game is designed to feel like a life or death struggle
- There will be online elements of some sort, and it will involve players “discovering” together Today Namco Bandai decided to announce three whole downloadable add-on chapters for Dark Souls II. The first part of The Lost Crowns-trilogy is titled Crown of the Sunken King and will appear on PlayStation 3, Xbox 360, and Steam on July 22. In it, you are apparently trying to reclaim King Vendricks crown in some kind of a cavern with pyramids inside. The next episode will be called Crown of the Old Iron King and that one will be released August 26.

Now that’s a pretty cool sounding locale, I have to admit. While I’m not a Souls-guy at all, this sounds like something worth getting excited over. I mean, just the fact that you can waste your life on more Dark Souls should be enough for you insane people. 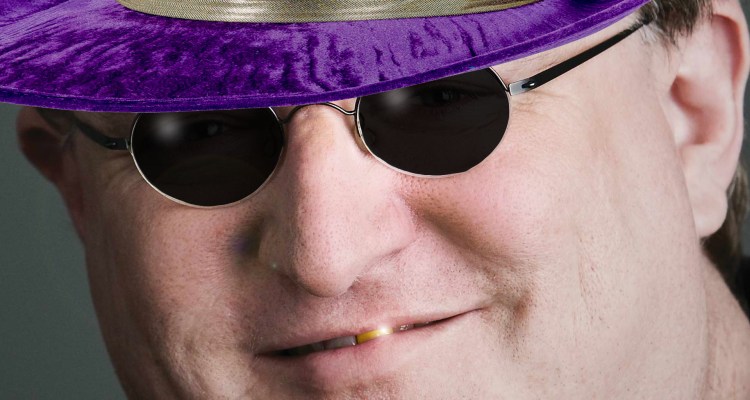 Steam‘s fancy little streaming service is now available for everyone to see and use. Make your high-end PC run games and stream it to the machine of your liking! You can host a game on a Windows system and stream to a Mac, Linux, SteamOS or another Windows system. However, as of right now you cannot host a game on Mac, Linux or SteamOS to stream to other machines but that functionality will arrive “soon”. You can read all about Steam In-Home Streaming in detail over here and here!

Personally, I obviously like to see Valve kick ass and make stuff that works, but I don’t really get anything out of this. I have my biggest TV as my computer screen and I have no desire to stream anything anywhere in my house. I barely even have things to stream to! However, this is really cool for anyone who can make use of it, as I’ve heard it’s pretty much the best in-home streaming service around right now. Valve‘s had a lot on it’s plate lately, so I’m happy they are finishing projects up. What with all the controllers, SteamOS, Steam Machines and Half-Life 3, which they have to release with the Steam Machine. THEY. HAVE. TO.

I’ve been dying to talk about SUPERHOT for a long time. Ever since last August to be exact, because that’s when the concept was first made into a snappy little browser game you can play here. It’s an awesome little game with a great hook and immense potential. Since its first release to the public, I have personally completed this prototype several times and I am really happy I now have an excuse to tell everyone about it. Because it’s on Kickstarter! To quote their Kickstarter-page: “SUPERHOT is a unique, stylized FPS game where the time moves only when you move. With this simple mechanic we’ve been able to create gameplay that’s not all about reflexes – the player’s main weapon is careful aiming and smart planning – while not compromising on the dynamic feeling of the game.”

You really feel like a badass, zapping around, dodging bullets, snapping necks and putting amazingly satisfying quick shots into the heads of these faceless enemies. Now, if the developers manage to write an engrossing story and further expand on the gameplay, you have a game I am buying in a heartbeat. So go play the prototype and read about the project on their Kickstarter page, because the game is definitely worth a look! And it also looks like it’s definitely making some respectively quick Kickstarter-cash, so I feel confident it’s a project we’ll be hearing about in the future. You can find their Kickstarter-page here! Over the weekend rumors started to flare across the Soul community; rumors of a leaked project that developer From Software, the creators of the Demon’s Souls and Dark Souls franchises, was working on a secret game codenamed ‘Project Beast’. There are screen shots and very broad quotes from a supposed witness to this supposed working title. Those images and quotes can be found here on NeoGaf.

Here are some thoughts on the legitimacy of the claims about this new From Software leak dubbed Project Beast.

What do you guys think? Is Project Beast real? What do you think about the gunpowder weapons in a Souls game? Will it be a PS4 exclusive… would that piss you off if it was?